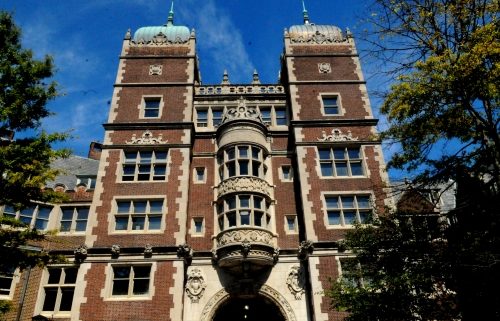 College campus’s are not immune to burglaries.  Thankfully this crime did not add to the home invasion statistics.  On March 27, 2014 COSETTE GASTELU sited,” Eight burglaries were reported in the Quad on Saturday, leading to the arrest of a Penn student for one of the alleged offenses.

Vice President for Public Safety Maureen Rush said that all eight of the burglaries resulted from individuals leaving their dorm room doors unlocked, as there were no signs of forced entry. Electronics, such as MacBook Pros, and cash were among the items taken from the burglarized rooms.

On Sunday night, the Division of Public Safety issued a safety advisory to Quad residents informing them that “several thefts of electronics that occurred within College Houses in the Quad” were under DPS investigation and that “in each case, entry was gained into the rooms through unlocked doors.” The message also reminded students to keep their doors locked.  “By leaving the door unlocked, people are tempting someone to come in and take what they don’t have.”

While leaving doors unlocked is a possibility and may have been the means for this burglar to enter having a locked door is not always a barrier of entry to someone who wants in.  Several methods are for unlocking pin-tumbler locks are circulating on the web.  The most popular method is “Lock Bumping” and 3D printed keys are on the rise.   It is imperative that each person keeps keys to their home, apartment, dorm with them and guard against giving out copies.   For extra protection while in the home a device like The Lock Locker may be used to prevent a key from unlocking the door.   Even the best deadbolt locks cannot stand up to a criminal with a key.

Read the full article at The Daily Pennsylvanian.